step away from negativities 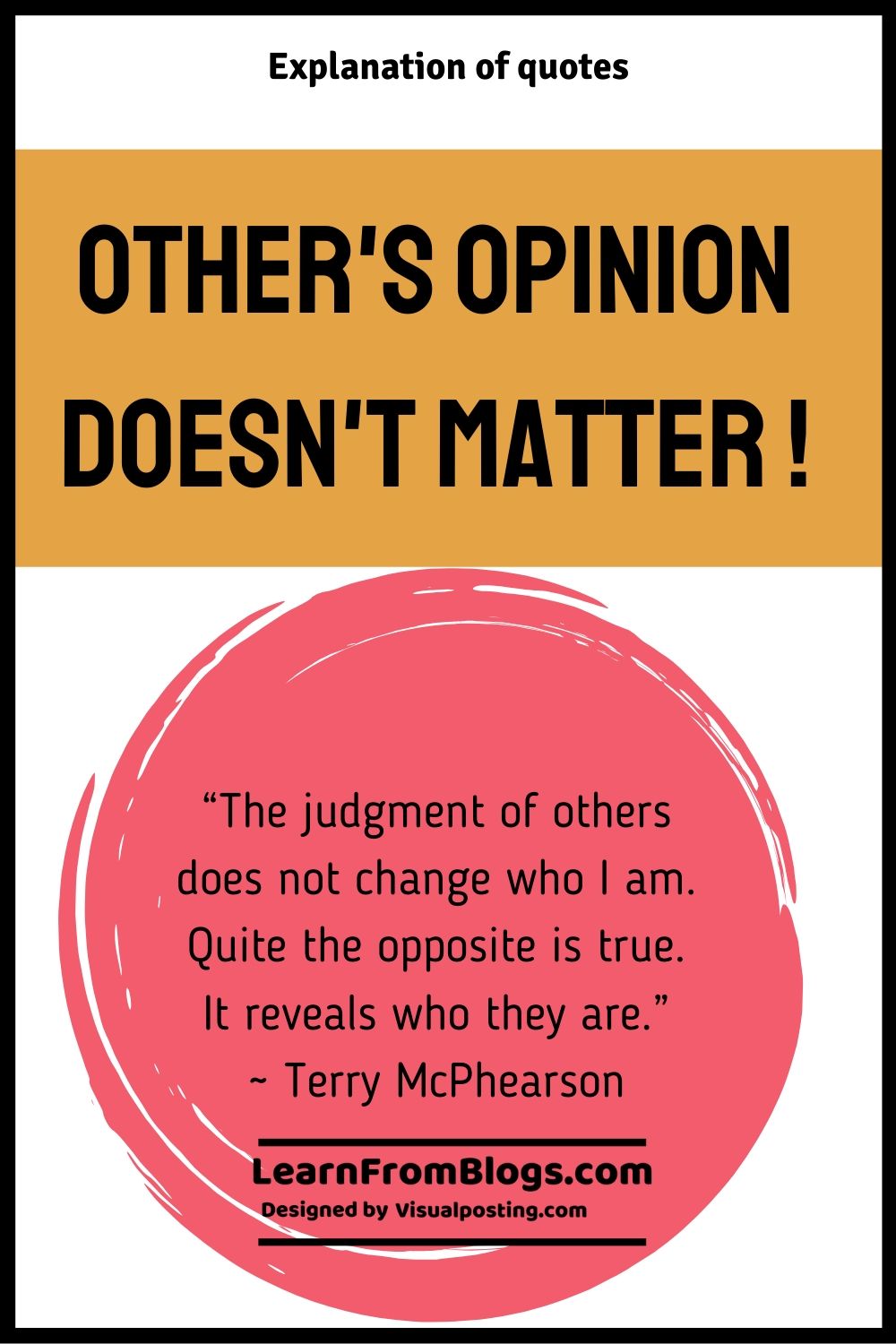 “The judgment of others does not change who I am. Quite the opposite is true. It reveals who they are.”
~ Terry McPhearson

When was the last time you received a genuine and spot-on feedback or opinions about you? We have to go searching for it. People appreciating people are becoming lower. Meanwhile, throwing opinions, highlighting flaws, and judgments are becoming higher.

Most of the time, people are caught up with other people’s opinions of themselves. Somehow, it gets into us even though we don’t give importance.

A genuine and encouraging person will express the mistakes and flaws you have as a concern. They don’t judge you. They are concerned about you and trying to point it out to you. It reveals their genuine character.

Instead, look at people who keep finding faults, keep judging people, and throwing unnecessary opinions about others. In the end, it reveals their character and not the other person’s.

Go in the right direction. Choose your path as righteousness. Hold on to your morals. Never lose faith. Work hard as you can. That is enough.

Mistakes happen. We make blunders. But we will learn from it. This learning happens to you, or someone gives it to you in a good way.

Take it. Leave the rest.

Leave other people’s opinions about you. People will never be satisfied until they mold you as they want. Till then, they keep spreading judgments. It reveals who they are and not who you are.

Step away from them as far as you can.