How to get success in life 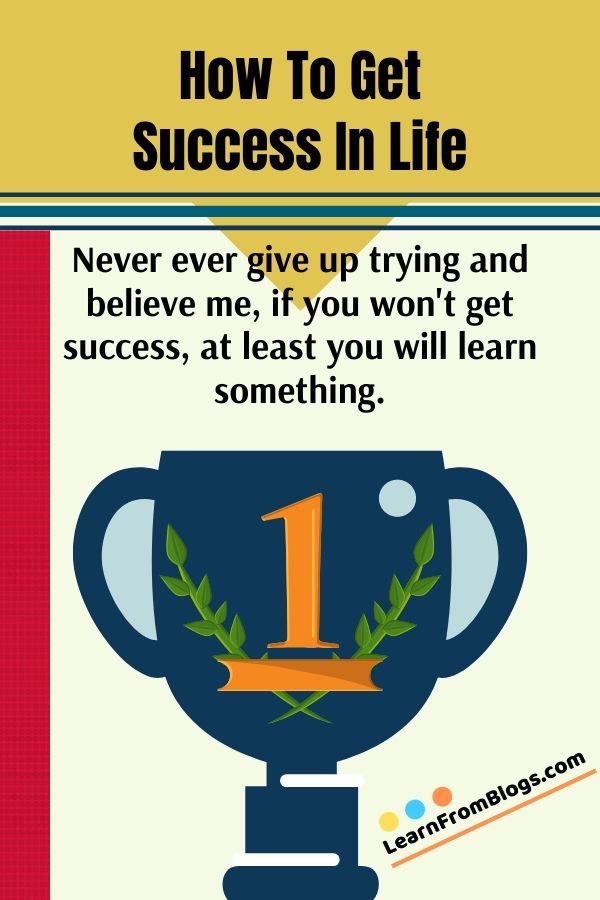 If you want to become a successful person or you want to get succeed, then you have to work hard both physically and smartly.

If you are getting failure in one time so never give up trying again until you get succeed.

Let us take an example, One day I went to the zoo and I saw a huge Elephant tied with a small rope, and he doesn't even try to break it and ran away. I was quite surprised. I asked the Ringmaster that The elephant is so huge If he wants he can break the rope and can run away.

Ringmaster replied and said that when the elephant was young we used the same rope to tie him and he tried lots of time to break it, but that the time he was so young and was not able to break it so now he became huge but he is having the mentality that he cannot break the rope because he has been already tried so much time when he was young, so he doesn’t even try now.

Never ever give up a try and believe me, if you won't get success, at least you will learn something.