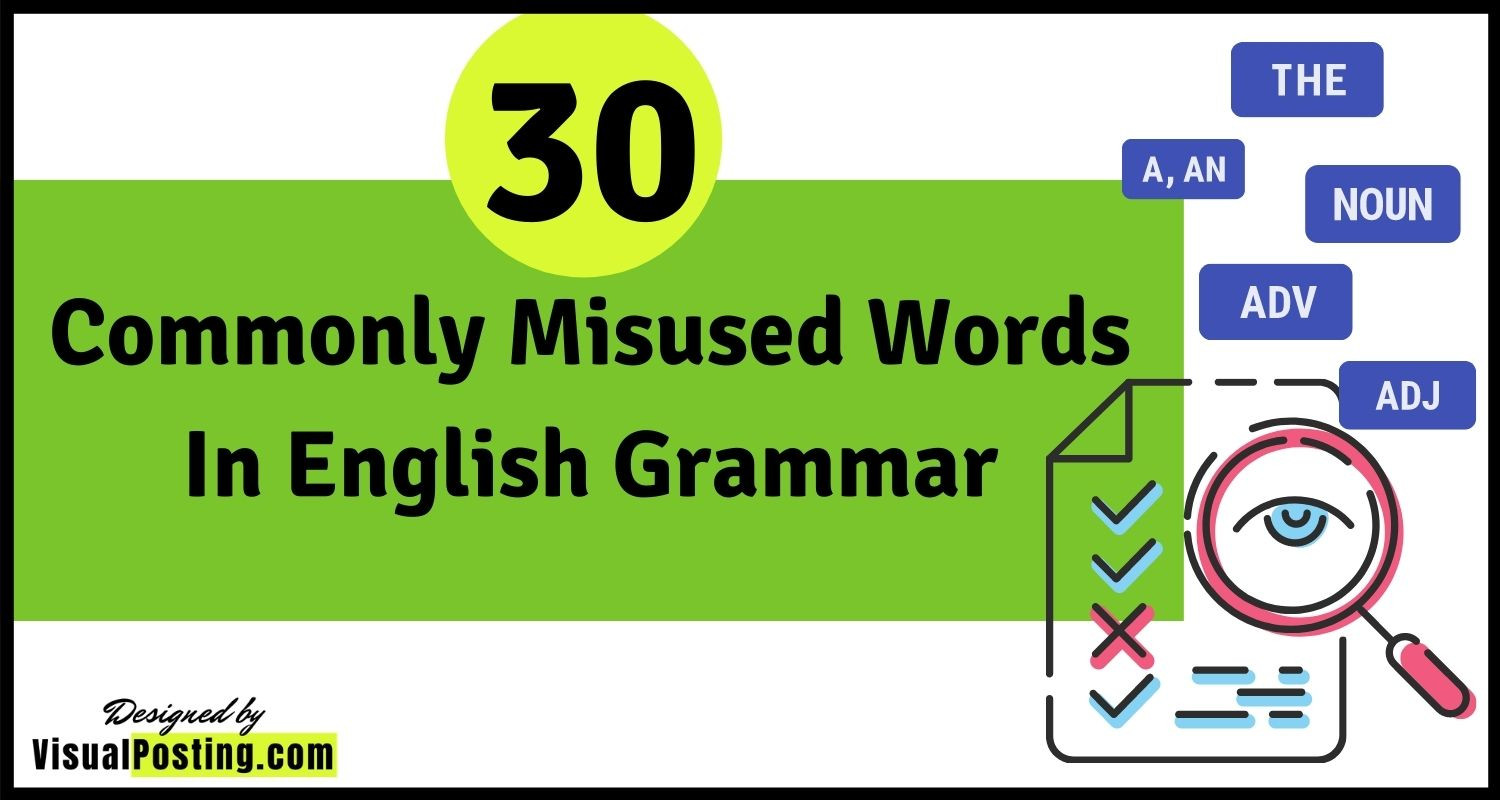 The English language is always full of new surprises and confusion. It's amusing to see how many mistakes people do while using the English language. Sometimes while speaking or writing we make mistakes in grammar without realizing it. The language is developing day by day. So being aware of the new words and understanding their correct usage is important.

Why are English words misused?

There are a few common reasons for the mistakes you usually do. You must keep in mind while you are learning and using the English vocabulary:

This is where most people make a very common mistake. People often misunderstand the meaning of a word. They think that this word means this, but actually, it means something else.

Some of the irregular plural nouns do not end with ‘s'. That makes them look like they are in the singular form. So some of the users use them with singular verbs. For example using 'is' instead of 'are.'

3. Exchanging an adjective for an adverb or vice-versa:

An adjective and an adverb can have similar meanings. But, you can apply them in different grammatical formations.

4. Confusing words with the same spellings:

Some of the nouns and verbs share the same spellings. But actually, they have completely different meanings. For example, the word 'object' means a thing and it’s another meaning is 'protest' too.

Here we have a list of some misused or misspelled words that we use often. It might help you in your work and studies as well.

How to notice and correct misused words?

Here are a few tips through which you can keep track of the common mistakes and confusing words in English. You can learn the correct usage of words exercises. The important point to keep in mind is that be aware of the grammar rules and the common mistakes. Be up to date with the language which is being used today.

Whenever you are facing any doubt, look up for the words in a good dictionary. In today's times, you don't need to carry a heavy dictionary around with you. You all need to install a good dictionary app on your Smartphone and that's it. These dictionaries also correct common misspellings.

It is a fact that language keeps changing and evolving. Make sure that you never stop learning. Books like Oxford, Cambridge, or some high-quality articles and news will be helpful.

Use spellings and grammar check tools:

While you write, have a spell checker with you. Might be when you skip any word while writing, this spell checker will help you. When using Microsoft word keep the spell check and grammar check mode on. This is going to help you with recognizing your blind spots. The next time you will be aware enough to not make the mistake.

Make a personal list on your computer of the words that you misuse after using the spell-check. This is going to be your personal list that you need to be careful not to use incorrect words. When you make a list, you give yourself the opportunity to learn from your own mistakes.

In conclusion, these are a few common misused words in English grammar. The English language is full of so many words like these. Such words have different spellings and different meanings. Since the words sound very similar so they create confusion.